I was born in Pomona, California on November 30, 1967 and grew up mostly in Palo Alto. Professionally, I have spent my life in the theatre, acting, directing and playwrighting. While my family has always been intuitive and tuned into each other, I had no spiritual practice or technique. In January, 1998, my spiritual life began in earnest. Multiple events (my beloved Grandmother’s death, the end of a relationship and my home being violated) piled up, leading to an anxiety attack. That event made it very clear to me that how I lived my life was no longer serving me. My sister, Rachel, introduced me to angel work.

My work with guides and angels began slowly. At first, I would receive guidance mainly through numbers. That evolved into trusting what I received through claircognizance (knowing) and clairsentience (feeling). I attended workshops, read many books, but mainly began to work with the angels everyday. In 2004, I started giving readings and events professionally, and have continued ever since. 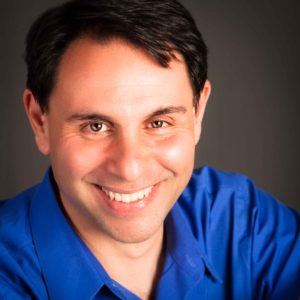